Tommy Robinson, a special political adviser for UKIP, announced that should he be elected to the European parliament in the 23rd of May 2019 elections, he would voluntarily donate his MEP salary to victims of abuse. What’s not to like? As it turns out, a lot!

Open letter, from women and women’s organisations regarding ‘Tommy Robinson’ and his Euro Election Candidacy

Who is Tommy Robinson?

Born on the 27th of November 1982, in Luton, Stephen Yaxley-Lennon, most commonly know as ‘Tommy Robinson’ is an anti-islam activist and former founder/leader of the English Defence League. Convicted of numerous crimes, and banned from Facebook and instagram for hate speech and insiting violence. Tommy Robinson made a bid to become an MEP for the northwest of England in the May 2019 elections.

What crimes has Tommy Robinson committed?

Tommy Robinson has served time in prison, been banned from football, made some disturbing comments to a 15 year old girl online, and been charged with a whole host of convictions. Listed here, are just some of his crimes.

Tommy assaulted an off-duty police officer who was attempting to intervene in a domestic incident between Tommy and his partner.

This was due to Mr. Robinson leading a street brawl with over 100 football fans. Police officers on scene described it as incredibly intimidating to members of the public.

This was a charge of common assault which took place at an EDL demonstration in Blackburn.

Tommy Robinson attempted to travel to the U.S using someone else’s passport, but was stopped at JFK airport.

Tommy was involved in a fraudulent conspiracy to obtain a mortgage through ‘misrepresentation’.

After an hour of Facebook live broadcasting, Tommy was arrested outside the Leeds Crown Court.

This is due to ‘aggressively confronting’ the defendants on trial for grooming children and inciting his followers to do the same. It resulted in the case almost being thrown out of court.

We could go on about his criminal record, including drug abuse and football hooliganism, but you get the picture.

What was Tommy Robinson’s pledge to victims?

Tommy Robinson promised that, should he be elected an MEP, he would donate his earnings to victims of sexual grooming. It is our opinion that Mr. Robinson is not a role model for others to look up to and this offer exploited victims and survivors to further his racist agenda.

Who are the EVAW Coalition?

EVAW or the End Violence Against Women Coalition are a specialist group made up of support services, activists, survivors, research specialists and NGOs. The goal of the EVAW alliance is to put a stop to all manifestations of violence brought against women and girls.

The EVAW composed an open letter to reject Tommy Robinson’s offer and our CEO is a proud signatory on this. Since this article was first written, Tommy Robinson’s bid to become MEP was defeated.

‘Tommy Robinson’, a man convicted of assault, rioting and fraud, a thug with a long history of making racist statements, has made a career out of causing trouble and division. He is now standing as an MEP candidate in the North West.

Tommy Robinson has made claims that, if elected, he will offer his salary to the child victims of what he terms ‘Muslim rape gangs’. We, as organisations and individuals fighting tirelessly against the abuse of women and girls, as survivors of abuse and their families, and as people who care about our communities, do not want your money, Tommy.

We are calling on the people of the North West to reject Tommy Robinson’s hatred, to register to vote and to turn out against him in the upcoming European Elections. He has no place as our elected representative.

Those who have suffered sexual and physical abuse were failed by those who should have protected them. But Tommy Robinson is no ally for the children he claims to stand up for. Tommy doesn’t care about the rights of women and girls – he is exploiting the pain of survivors and their families to fuel racist hate for his own gain. He is a misogynist and has recklessly put victims at risk for his own moment of the media spotlight.

Tommy Robinson’s factually incorrect messages about ‘grooming’, and his attempt to portray himself as a champion of the cause, are an insult to survivors of abuse.

They are also a profound insult to the women who have spent their whole lives building support services for survivors and working to ensure some cases finally got to court. Where were you during that work Tommy Robinson? The far right was never any part of this work.

We do not want a convicted thug and racist who does not truly care about abuse survivors on our ballot papers and we reject you Tommy Robinson. 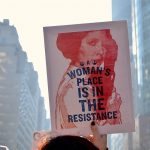 Our Top 18 Most Amazing Sisters 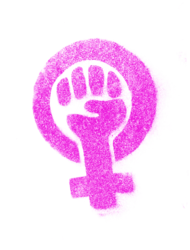 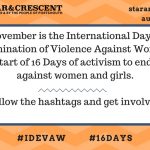 The 25th of November 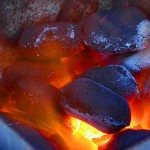 UPDATE: We raised just over £7K for…