Home » Our Patrons and Ambassadors

The Patrons and Ambassadors of Aurora New Dawn

Our patrons support the work of Aurora New Dawn as advocates and active contributors to our development and growth.

We are delighted to announce our first Aurora Ambassador – Kirsty Dillon.

Kirsty has been a professional actress and voice over for 20 years. Her work has seen her collaborate on projects such as ‘Blackout’ for CH4, ‘Locke’ with Tom Hardy, ‘Man Like Mobeen’ on BBC3 Comedy but she is probably best known for her regular role of DC Gail Stephens in ITV’s Midsomer Murders. 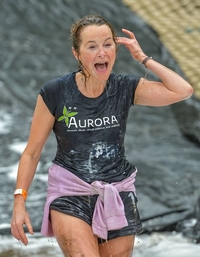 “I am a passionate advocate for the work Aurora New Dawn do. Not only can I feel the support and professionalism with which they offer this client led service on the ground. I am struck by the respect they across the sector and with front line agencies. They are team players.

On a personal note working with Aurora feels inspiring to be part of a large and diverse team. They have furthered my skills and understanding of the complexity of violence against women through practical training and given me a course of reflection that has now become one of the most important aspects of my life. An integral aspect to my own healing has been my engagement with this awesome tribe. BIG UP #TeamAurora.” 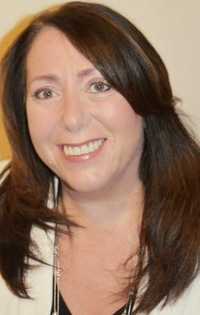 Gillian left school at the age of 16 to go to work as her mother was a chronic manic depressive and she needed to leave home. Her turbulent childhood left her with low self-esteem and few qualifications and after leaving home at the age of 17 she tried several jobs before settling in to recruitment. A case of sexual harassment led to her resigning and starting her own training and consultancy business – which she built up to achieve in excess of £1m turnover within 7 years. She is now a successful Managing Director, Motivational Speaker and Author and travels the world empowering and developing Women. She is currently writing a book on strategies for overcoming low-self esteem.

Gillian partners with many organisations to implement culture change and has designed and delivered programmes of varying sizes to national organisations and independent companies. She works well in multinational cultures having facilitated events and coached executives in Europe, the Middle and Far East, USA and Australia.

Gillian has also been a popular speaker at many conferences specialising on the subject of Women’s Development: 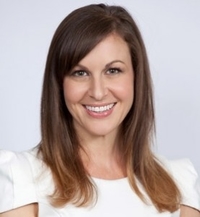 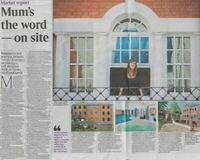 Lauren spent 10 years in the IT industry after completing an international business degree at Southampton University. Working for numerous blue chip companies in a variety of locations including Switzerland, New York and the City of London, Lauren concluded her IT career as Head of Applications for General Business at Oracle Corp. Her vision for the Malins Group is to leverage its capacity for exponential growth and maximise the current portfolio.

Lauren has participated in a number of fundraising events for Aurora New Dawn, such as walking on hot coals and a Baltic sea swim!

“As a woman leading a business primarily operated by working mothers, the breadth of work undertaken by Aurora New Dawn is close to my heart and has my full support.  Every individual has the right to recognise their ultimate potential and through the awareness and empowerment services offered by Aurora ND, survivors of sexual violence and domestic abuse are given the opportunity to craft their own destinies.”

Not only is Lauren our patron, but the Malins Group, is an official corporate partner to Aurora New Dawn. 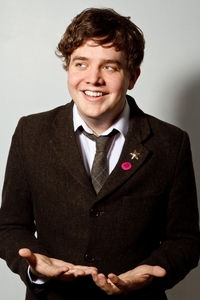 Joe is a stand-up comedian, writer and speaker whose career began when his first book, ‘Touch and Go Joe’ – a memoir about childhood OCD – was published.

He now focuses on his unique brand of political comedy and has been described by The Guardian as “A star of the future… [with] some of the most surprising and thought-provoking material coming from any comedian in his early 20s”.

Funny though he most definitely is, Joe is unquestionably serious about the issue of violence against women, with misogyny and discrimination frequently appearing as targets of his razor-sharp wit during his stand-up shows.

Here’s Joe doing what he does best for Amnesty International.

“I am proud to be a patron of Aurora New Dawn, a service which provides hope to those in seemingly hopeless situations.”

Director & Solicitor and the head of the Family Department, Watson Ramsbottom 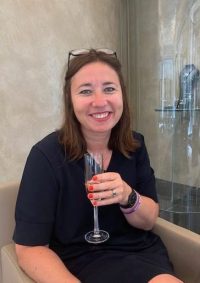 Rachel is both a director and solicitor who has literally written the book on coercive control for legal practitioners and victims (Available here).

“It is a huge honour to be asked to be an ambassador for such a vital and cutting edge service as Aurora New Dawn. I have long been impressed with the work that they do with victims affected by domestic abuse and stalking and by the way that their work is underpinned by their proud feminist credentials. Shonagh is a fantastic warrior, campaigner and role model who I have been lucky enough to work alongside in the past at Paladin. Aurora New Dawn have always been much more than a front-line service (although this is obviously absolutely essential in itself) and their work in the early response project with the police and work with the armed forces are just 2 examples of the work they do which makes them stand out as exceptional.”

Want to know more about us?