Home » News » The Impact of Lap Dancing Clubs on Women, a Portsmouth Problem

Lap dancing is often dismissed as something harmless. But is it? Do we really want to live in a society that encourages the commodification of women? Especially in times of hardship. With the reopening of Elegance nightclub in Portsmouth, we explore this issue.

The Portsmouth City Council Licencing Sub Committee was held on 10/09/19 to consider the renewal of the license for a lap dancing club (a Sexual Entertainment Venue or SEV) in Granada Road, Southsea, in the city of Portsmouth.

We only became aware of the license renewal for the Sexual Entertainment Venue (SEV), late last week. To be clear we have not been involved in this debate in the city for some time but following a few of our supporters urging us to add our voice again we lodged an objection.

Why our objection to the Portsmouth lap dancing club was refused

We respect this decision and given that it was the view of the committee and the Licensing manager that our objection offered no additional information we thought it pertinent to provide information on our submission and our thoughts on the license renewal below:

What is the Portsmouth Council’s view on Sexual Entertainment venues?

Our view on the licensing of sexual entertainment venues hasn’t changed since we fought alongside other residents in the city for a ‘Nil Cap’ in 2012.

The Council’s own SEV policy states: “that there is no place within the City of Portsmouth of which it could be said that it was situated in a locality in which it would be appropriate to license a sex establishment”. We understand that this decision was then subsequently amended in private by the licensing committee in 2012:

Notwithstanding the provisions of paragraph 7.10 (relating to the numerical control on the number of sex establishments in a particular locality) the presumption to refuse shall not apply to:

At the time of the Nil Cap introduction, we understood this to mean, in layman’s terms, that in effect, a nil cap was introduced, however, this did not apply to clubs with an existing license or those licensed and active in the period described. This is in direct contradiction to the previous decision and we lodged our complaint about this in 2012.

The impact of Sexual Entertainment Venues on Portsmouth women

We are now in seven years on and austerity has taken its toll on our city. Our previous objections remain.

By renewing or allowing the licencing of SEVs in the city the committee is advocating that in times of economic hardship, it is acceptable and expedient for the local authority to rely on the commodification of female residents to generate income. This is difficult to accept at the best of times, but again, it is even harder to understand given the Council’s previous consultation, policy and decision on the licensing of SEVs.

The link between Sexual Entertainment and Violence 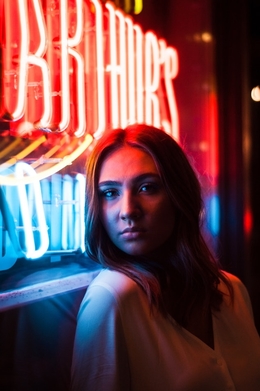 Our organisation works every day with the end result of socially entrenched sexism, namely domestic abuse, sexual violence, and stalking. In the national and international women’s sector of which we are an active part, there is no doubt that the sexual objectification of women – as practiced in SEVs, for example – is directly linked to the incidence of sexual and domestic violence. To be clear, this is not a matter of opinion or conjecture. The link between the objectification of women and discrimination and violence towards women is recognised at an international level by the legally binding United Nations Convention to Eliminate Discrimination Against Women (CEDAW), which repeatedly calls upon states – including the UK government – to take action against the objectification of women.

The normalisation of porn culture and the objectification of women as a sex class is apparent every day in our society. As members of the End Violence Against Women Coalition, it is of note to refer to their research which evidences “that girls face intolerable levels of harassment in schools on a daily basis. Access to pornography while at school is commonplace and nude images are traded like football stickers. Outside the classroom, abuse of women and girls continues at alarming rates in our society: two women are killed each week by partners or former partners, and over half a million rape and sexual assaults happen each year in England and Wales.” 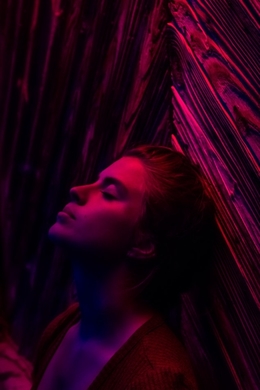 We are also encouraged and empowered by survivor campaigners like the indomitable, Sammy Woodhouse, a victim of the Rotherham child rape scandal and previous lap dancer who is calling for lap dancing clubs to be shut down due to her experience:

“I’m calling on council officials to actually go in and find out for themselves how these clubs are being run. When they are going in they’re finding these clubs are not safe at all, there is a lot of criminal activity going on and it’s something that needs to be shut down once and for all. I’ve lost count how many times myself and other people were sexually assaulted – that happens on a nightly basis. What you’re told is “you’re a lap dancer you’ve got to expect this”. No one should ever be expected to be touched, groped or assaulted. I know girls that have been drugged and raped. It’s almost as if the clubs are grooming the girls to think that the people who work in these clubs are like a tight family network and that they care about the girls, that they’re one big happy family…Essentially, they’re selling women – we’re in 2018 and people think it’s alright to go buy a woman for whatever sexual need it is? Do we want little girls growing up to be a lifeline for lonely old men? It’s exploitation”.

Our request to the Portsmouth City Council

We have requested information from the licensing team at Portsmouth city council, including, but not limited to, a record of the discussions held by the committee members and the due regard and analysis applied by the members to the Equality Act 2010 and the Public Sector Equality Duty in relation to sex as a protected characteristic. It is our strongly held view that the operation of SEVs does have a negative impact on women and girls as a sex class.

Moreover we would ask the council to reconsider their stance on SEVs and their operation in the city. What is the point of the council claiming they have a Nil Cap when in effect they have never actually applied this exemption? 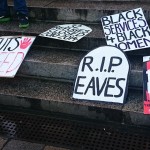