We’re delighted to see a high level of media interest in today’s licensing committee meeting to decide whether to impose a nil cap on Sexual Entertainment Venues in Portsmouth.

Due to the high level of misunderstanding on the implications of the nil cap during the Licensing Committee meeting, the city’s legal advisor intervened on several occasions to reiterate to councillors what the nil cap actually meant.

She explained that such a cap would, in effect, not constitute a ban of lap dancing clubs nor would it necessarily compel  local councillors from refusing planning or licensing permission to new or existing clubs. However, the nil cap introduces what is referred to as a ‘Rebuttable Presumption’, in effect a clear starting point for the local authority to state its position that lap-dancing clubs are not desirable for the city.

If the nil cap were accepted without amendment, the ‘Rebuttable Presumption’ would place responsibility with existing or new clubs to demonstrate their economic and social value to the city and local communities.

Members of the Licensing Committee reached a decision not to introduce the nil cap without amendment, voting by a clear majority to accept the amended Option 2.

This amendment now effectively exempts the 3 existing clubs in the city and 1 with planning permission for a 4th from being refused www.point-moneygram.com ‘renewal, variation or transfer’ of their existing licences, placing them beyond the jurisdiction of the nil cap adopted for applications from potential new clubs.

“Aurora New Dawn and Portsmouth White Ribbon’s position is very clear on this matter: as long as SEV’s are in existence in communities, we are in a position where women’s bodies can be seen as a commodity to be bought and sold.

We would also respectfully state that whilst SEV’s are continuing to be licensed, Local Authorities will be working in direct contradiction to the Gender Equality Duty 2007 and the UN Treaty for Women. Our campaign will continue with other groups nationally including Object, The Fawcett Society and White Ribbon UK.” 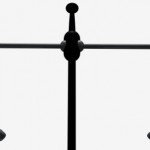