Home » News » What are the top 10 Toxic Masculinity behaviors?

Men are constantly given the message that they must be self-reliant, independent, physically tough etc. Men are told that to be this way will make them successful in terms of business, society, and finding a partner. Being vulnerable will cause men to be ridiculed.[1] [2] [3]

Typically, men will be praised by other men for sexual conquests. There is a well-known double standard regarding perceptions of male versus female promiscuity with men being praised by their peers and called ‘studs’ while rejecting women who have multiple partners and branding them ‘sluts’.[4]

Many men are programmed to react negatively to the concept of homosexuality as it is a sign of deviating from the traditional male stereotype. Through popular rhetoric and from an early age when boys are learning about gender roles, men are taught that to be homosexual is to be less masculine.[5]

Statistically, men commit significantly more violent crime than women. There are numerous reasons for this, but there are clear links between male instigated violence and the need men have to use aggression and violence to prove their masculinity and bolster confidence in their masculine identity.[6] [7]

To be preoccupied with power and dominance to a point that it causes harm to others, such as verbal, physical and online bullying. One study found that over a quarter of men thought they should have the final word in relationships, over a third of men believed that they had the right to know where their female partner was at all times.[8]

Men who conform to toxic masculinity standards are more likely to make sexual comments or sexist jokes to women, commit sexual harassment, accept rape myths and behave as if they are entitled to women’s bodies.[8][9]

Emotion is treated as being a feminine characteristic. Stifling emotion is seen as true manliness. From childhood, males are shamed to conform with the standard that to show emotion is weak and feminine.[10] [11] [12]

It is unsurprising that the overly masculine would reject men who identify as the allies of feminists. Research shows that men engaging in feminist activism are the targets of harassment by men who prescribe to toxic masculinity as it is perceived as feminine and non-conformist to toxic masculinity.[13]

Again, housework and childrearing are seen as feminine qualities. Being asked to do a feminine deemed task such as housework, or worse, a man being criticised by a woman for not cleaning appropriately is often interpreted as an emasculating assault and provokes a masculine overcompensation response.[15]

You can help Aurora raise vital funds to support victims and survivors of abuse: 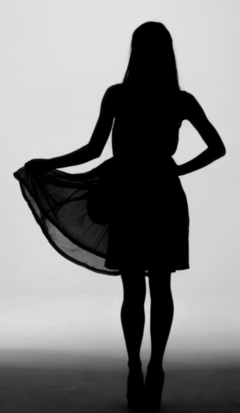 Overall, as the previous behaviour shows, it can be seen that Toxic Masculinity will repeatedly reject femininity in all its supposed forms. When a man smashes against gender norms or supports femininity, it has a stigma attached. ‘Real men’ cannot behave in that way. If they do, these men will be abused, shamed or humiliated by a society embarrassed by the fact they are not conforming to masculine ideals.

This sends out a clear core belief of toxic masculinity: femininity is seen to be lesser than masculinity.

Why is it so bad for a man to exhibit what society quantifies as a feminine characteristic?

From showing emotion to carrying out household chores to supporting feminism, a man who does this is branded unmanly and rejected by toxic masculine followers. It seems bizarre, but when I do something as trivial as going to work and drink from my wife’s pink reusable coffee cup, I always receive a string of ‘friendly’ jibes from my colleagues… because it is pink… unbecoming of a man… and I must be less of a man for drinking from it.

Why is it that certain masculine-considered-qualities can be desirable while feminine ones are not?

When a young boy decides that he wants to look pretty and put on a dress then appear socially, he is often shamed and humiliated.[12] Young boys are often guided by their parents away from expressing emotion or entering into open communication. All this an attempt by the parent to protect them from a negative social reaction, bullying or harassment.

Why is it that masculinity and femininity are not given the same equal value, why is it unacceptable for a child to wear whatever they want without being pigeon holed?[16]

Toxic masculinity corrupts the concept of what it means to be a man, misrepresenting it to society and encouraging/condoning appalling behaviour. It exists as a social construct that hides/excuses/dismisses it and enables it to continue. It is incredibly destructive to its followers. There are numerous findings on the negative impact of conforming to the aforementioned Toxic Masculinity norms:

How can Toxic Masculinity be addressed?

In order to address the problem of toxic masculinity, it must first be recognised that it is a problem. Masculinity is not intrinsically a bad thing and can hold many aspirational characteristics, such as being the protector, being strong and courageous.[19]Furthermore, studies have shown that masculine and feminine role models complement each other in childrearing.

But… and it is a big ‘but’, toxic masculinity holds no place in a civilized world. It is the worst embodiment of masculinity. It is masculinity on steroids and it is epidemic.

Violence and recognising it is a male problem

It is absolutely necessary to address the elephant in the room and acknowledge that there is a connection between issues such as violence and sex based oppression. Few will be surprised to hear that males commit nearly 90% of violent crimes in the USA.

“Physical aggression is a socially constructed gendered behaviour embedded in the social meanings of masculinities across many cultures. The general unwillingness of people to recognize that violence is a men’s issue is also reflected in the broader scientific literature.” Kilmartin & McDermott.[20]

The link between toxic masculinity and domestic abuse

Aggression and violence in males are frequently attributed to the need for men to fulfil masculine ideals. These ideals being the distorted ones of toxic masculinity: supress emotion, assert dominance, defend your masculinity when threatened, use violence to prove your masculinity and exert power and control.

Men who conform to toxic masculinity norms are much more likely to engage in violence against women.[21] This is further supported by the fact that in 2017, the World Health Organisation reported that 38% of murders of women were by an intimate male partner.[22] [23]

How can we end toxic masculinity?

It is only when men take a stand against this behaviour, reject aggression, dominance and all the other toxic masculine characteristics as masculine norms that the hierarchy will crumble.

I think we can all agree with the American Psychological Association when they state:

“Boys learn to be men from the men in their lives, from their own experiences navigating our social norms, and from the large social and cultural context.”[23] 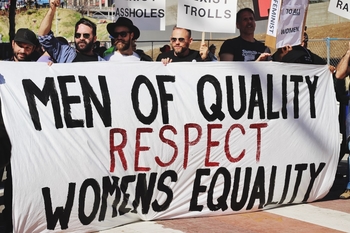 Men are the disciples of toxic masculinity, men are the perpetrators of violence against women, men are responsible for taking stock of their actions and correcting their course.

We know that what is considered gender appropriate behaviour shifts over time, that what is deemed masculine or feminine is acculturated,[25]men have the power to change their destiny and the identity of masculinity.

When boys look up to men, do we want them to imitate a culture of violence? Or to aspire to the best qualities of what it means to be a man? Where did all the gentlemen go?