The need for professional curiosity & responsibility in Stalking cases

Police misconduct was a feature of lessons to be learned in the murder of Shana Grice. There are many a lesson the police can learn from this case to prevent this type of misconduct from surfacing again. We are writing this blog post to show our respect to the memory of Shana Grice and send solidarity and support to her family.

Learning from a Police Misconduct Hearing*

The murder of Shana Grice

Shana Grice at the age of 19 was barely an adult at the time of her death. Shana was stalked and harassed by Michael Lane over a period of months after their break up. Given that we know Lane was reported to the police by thirteen other women for stalking, our experience tells us that Shana would very likely have been subject to high levels of coercive control from Lane during their relationship. Shana was clearly terrified of Lane and she was right to be. On the 25th of August 2016 Lane waited until Shana was alone, broke into her house and slit her throat[1]. 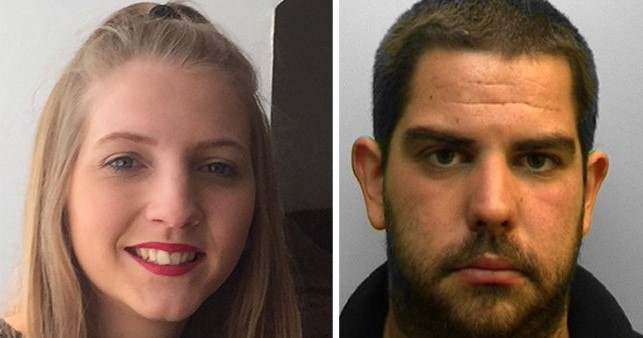 The investigations into possible misconduct by the police

Shana had turned to the police for protection and support on five separate occasions, but instead she was treated with suspicion, disregard and issued with a fine for wasting police time after she had reported Lane for stalking and harassment.

The timeline of reported incidents evidence that Shana was desperately reaching out to the police for help:

The police reaction to the misconduct

The police undeniably failed Shana and Sussex Constabulary have subsequently taken on the recommendations of the various investigations into their treatment of Shana and have hugely improved their responses to for stalking victims[2] [3].

One of those recommendations was a misconduct hearing against a now retired police officer, Mr Godfrey. Godfrey retired in 2017 on a full pension after 29 years of service. Godfrey’s involvement with Shana was in relation to the incident on 24th March, when Shana had reported Lane for assault and Mr Godfrey subsequently issued Shana a fine for wasting police time, he took just 84 seconds to relay this message to Shana. Five months later she was dead.

Godfrey spoke to the panel at his misconduct hearing on Monday 29th July 2019. Shana’s parents have spoken out about their views on the hearing being a ‘sham’ and they are clearly devastated that Mr Godfrey has not been found guilty of gross misconduct[4].

Testimony at the Misconduct Hearing

We think his comments at the hearing are worth analysing further, particularly if lessons really are to be learned for officers still serving, the vast majority of whom will not want to repeat the same mistakes. 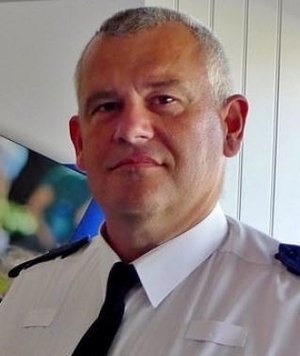 His testimony has been reported in several newspapers and include:

“The hearing was told that Godfrey was tasked with investigating an allegation of common assault on 25 March 2016 after Grice claimed Lane had chased and made physical contact with her.

During an interview, Grice made a number of other allegations against Lane, including that he had sent her flowers unsolicited and made numerous attempts to contact her. Lane was arrested and told Godfrey the pair were in a relationship, and provided details of mobile phone messages to back up his story.

Grice admitted she was having an affair with Lane, and in an 84-second phone call Godfrey told Grice she would be fined for wasting police time over the harassment allegations – a decision ratified by police bosses.

Godfrey stood by the decision when giving evidence to the misconduct panel. He said: “She [Grice] lied to police three times. It was only right I advised her she cannot keep lying in police statements and getting people arrested for it.”

James Berry, presenting the case against Godfrey, accused him of applying an inaccurate stereotype that a woman could not be at risk from a man with whom she was in a relationship.

Godfrey replied: “I don’t have those views … There was no history of violence between them, there was no evidence of violence, or risk, at that time.”

He said there was no sign of Grice being harassed. She had admitted that on one occasion Lane had waited outside her house late at night because she had arranged the meeting behind her boyfriend’s back.

Godfrey said: “She would be signing her texts [to Lane] with five kisses. This is not harassment. It was a smokescreen to disguise her affair.”

“The hearing was told Mr Godfrey later informed Grice, during a phone call lasting less than a minute and a half, that her evidence of being harassed by Lane was discredited.

Mr Godfrey told the hearing: “Absolutely, she did waste my time. I arrested someone as a result of her evidence on a false allegation. She had committed a criminal offence.”

He said his colleague took the decision to give Grice a £90 fine.

“His decision, which I don’t disagree with, was that she should not be able to get away with making false statements,” he said.”[5]

We wanted to go through Mr Godfrey’s claims in order to raise awareness and hopefully inform serving officers of the importance of understanding Stalking:

“She [Grice] lied to police three times. It was only right I advised her she cannot keep lying in police statements and getting people arrested for it.”

We do not see Shana as a liar. Survivors often do not tell the full story to people in authority because they are frightened, often for their lives. Had Godfrey used just a modicum of professional curiosity Shana might have begun to open up to the police about the risk she was in.

There was no evidence because Godfrey chose not to look for it. With care, empathy and a small amount of attention to detail Godfrey could have used his years of training to ask the right questions. To undertake a number of risk assessments and to search the police databases he had access to, in order to see that there was a plethora of evidence to enable him as a police officer to join up the dots against Lane and do the job he was paid for, which was obviously protecting Shana.

“She would be signing her texts [to Lane] with five kisses. This is not harassment. It was a smokescreen to disguise her affair.”

Ok, this is possibly one of the most ill-informed statements we have ever seen and we have seen a lot! We are sure that given his long standing career in the police, Godfrey would understand that taking things at face value can lead to assumptions being made. Perhaps, if Godfrey had taken a period of reflection, he may have looked at his attitude towards Shana, and assessed his own biases against a 19 year old girl, who was clearly at risk of murder and asked himself whether those five kisses were not a ‘smokescreen’ but a survival technique.

Survivors will do pretty much anything to keep the perpetrator calm and onside, particularly when they fear for their lives. We would suggest that Shana was using her own self-preservation and survival tactics to keep herself alive. It is a grave shame that Mr Godfrey wasn’t able to see past his own personal judgement that Shana was a nuisance and the perpetrator was the one being wronged. We would have hoped, given that Godfrey has had three years to reflect on his inaccurate assumptions of Shana, he would have adequate time to reflect on his actions in the case, but alas Godfrey came to the conclusion, even after Shana was murdered, that he was right in his decision making and still is.

As professionals, it is our responsibility to reflect on decisions that we make and think about how we could have done things differently, this is especially important after someone has been murdered and further, it is at the core of what a homicide review/investigation or serious case review is about. If we are to learn lessons, we as professionals must take responsibility for our actions, however difficult that process might be.

“….she should not be able to get away with making false statements”

We will say it once more, louder for the people at the back – We do not believe that Shana made false statements, she was not a liar, she was surviving and in doing so she had to tell only parts of the reality in order to stay safe. Perhaps Shana didn’t tell the police she was in a relationship with Lane because she felt she would not be taken seriously, perhaps Lane had told her again and again, nobody will believe you……perhaps the police response proved Lane right and left Shana at huge risk.

But more importantly – Godfrey seems incensed that people should be punished for making false statements. Let that sink in for a second….then remember…

Lane made false statements, repeatedly, and got away with it. Now Shana is dead.

*all information evidenced in this blog post is readily available online.

Speak to your MP about ensuring that specialist victims stalking services are funded in your area.
Click here to find your MP