Correlation does not equal causation

For those of you that don’t know, the Euros is on. The men’s Euros that is – the actual Euros is happening next year…

As with most international footballing events I have seen the posters flying around and been contacted on more than one occasion about the campaigns to raise awareness of an increase in domestic abuse incidents around the football. Aurora have previously been part of these types of campaigns, but I chose not to promote them this time, of course I think any campaign to raise awareness about the high levels of male violence against women are really important, but over the years I have learnt to stop and respond, rather than jump and react, and this is what I seek to do here…

A while back I stumbled across some links from an amazing feminist I follow on twitter, a woman I greatly admire, Davina James-Hanman, (if you don’t follow her work you really should), and this made me begin to question the rhetoric and message of these campaigns.

Research into the relationship between domestic abuse and football

The campaigns highlighting the causation of Domestic Violence and Abuse (DVA) and football is referenced from a small study by Kirby et al, in 2014[1], based on three separate football tournaments, the conclusion of the study evidenced that reported cases of intimate partner violence increased by 38% when England lost and by 26% when they won or drew in the tournament. So let that just sink in – win, lose or draw men beat women… or in other words, football or no football, men beat women.

Further studies have suggested the link between alcohol and the weather[2], and these combinations all contribute to a rise in incidents during large football tournaments. There are studies that argue causal links and studies that argue it is far too complex to simplify, especially as footballing events are usually heavily policed and there is an expectation of violence or disruption more generally. Which leads researchers to point out that there may be a rise in reports of DVA but that does not equate to a rise in incidents.

Largely the research methodologies are quantitative in their analysis rather than qualitative, e.g., they are based on reported incidents of DVA, by police and other emergency services and generally, they are based on time specific incidents during the match and for a few hours afterwards. Overall though, there are very few studies in the UK but from what we do know, and as previously stated, the incident related data could be led by other complex factors e.g. increased policing, increased awareness campaigns, and or alcohol, the weather etc. 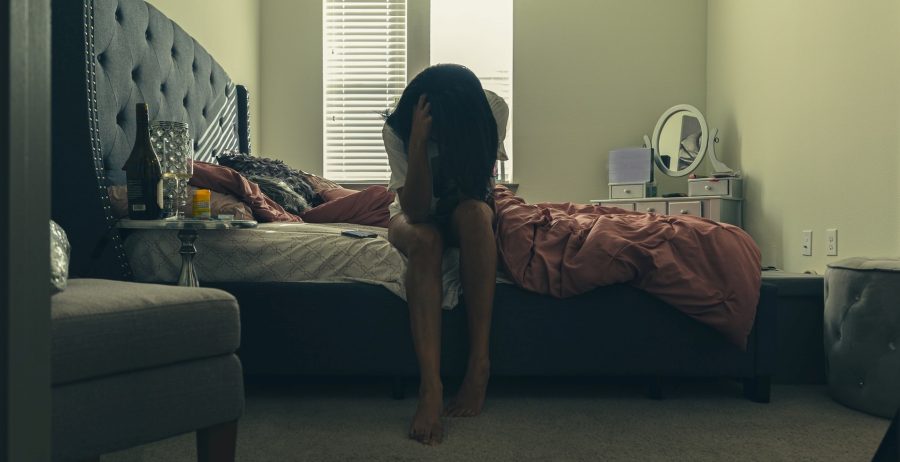 Qualitative research on the link between football and domestic abuse

It has been recommended that further research needs to be undertaken using qualitative methods as currently we are missing victims voices as an element of the existing research. There is one piece of research I found that included qualitative research, asking two victims what they thought about the relationship between DVA and football and their experiences of male violence[3] the findings were illuminating. One survivor explained how the perpetrator would be more sexually violent if his team won and more physically violent if the team lost, the other explained that ‘football doesn’t create a perpetrator it just releases one’ (P.8). Although survivors pointed to the need for organisations linked to football to challenge male violence more generally (especially from their own players), the conclusions of the research point to caution on stating causation factors, largely because we know that DVA is a long-term systematic pattern of power and control.

At Aurora we think it is always important to ask victims directly so I took the opportunity to ask two women* their views and their responses included:

We know and accept that violence, and men, and football go together, ask yourself, does it sound ridiculous to insinuate the same spike in football related DVA will happen next year when the women’s championship is on? Men’s football is a no-brainer in that sense, given that it is a male orientated sport, with research evidencing the masculine tribal behaviour alongside all the other factors creates a toxic sense of hostility[4] towards women – and it is women who bear the brunt, with 78% of the increased incidents reported in the aforementioned research being perpetrated by men against women. That latter point is really important because if campaigns skirt over the obvious facts of the sex based oppression of men’s violence against women (and I have seen so many gender neutral posters in the recent football campaigns) it makes the point of the campaign even less useful or valuable.

Abuse is an enduring conduct

So what is my point? What am I getting at here…Well what concerns me is any notion that football causes domestic abuse – in the same sense it frustrated me when the same insinuation was made about COVID19. DVA isn’t incident led, or a single trigger behaviour, in reality it is an enduring conduct that men subject women to, using systematic patterns of power, control and psychological warfare over time. We know this in my movement, we know once the match ends and the footballs are packed away, the male violence against women sector carries on and victims still need us to be well resourced and accessible.

I would much prefer to see national campaigns naming the problem of male violence more readily, and more systematically. I don’t understand why MPs, local authorities and the Police aren’t referring to vital research like the Femicide Census which identifies the long term evidential patterns of 1,425 women murdered by men in the UK, especially as this detailed, feminist led, research helpfully offers robust recommendations for structural change.

When it comes to men who choose to abuse women, their excuses are endless and I just want us to be careful about not falling into the trap of colluding with them by giving them excuses through public campaigns (however well-meaning they are). Football isn’t a cause of male violence, nor is COVID, nor is alcohol, or the sun, or the wind or the rain…

The Euros end on July 11th 2021, and perhaps we will see a “decrease” but I would argue that is largely because the posters come down and the focus from statutory professionals moves away and onto something else, leaving those men to crack on with their usual patterns. Throughout the Euros, and long after they end, women will continue to be murdered by men at the rate of one every 3 days in the UK, we don’t know those women’s names yet and I suspect we won’t care at all if the men who murder them watched England V Ukraine on Saturday night… What we do know is that Karen Ingala Smith (another amazing feminist who is a real inspiration to me) will continue the heart-breaking job of counting these women and honouring them[5].

The men who perpetrate these crimes will find a new excuse for their behaviour perhaps this time it will be furlough ending or lockdown easing… whatever it is, I don’t buy it and I have zero empathy or time for their narrative. The blame sits firmly with the men who choose to abuse and I don’t think we should ever detract from that fact… I would like to see that on a poster! 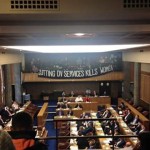 Aurora New Dawn is pleased to…