Reviewing the case of Natalie Connolly

Along with many others, we have written to the Attorney General to ask for a review into the case of Natalie Connolly and the unduly lenient sentence given to her killer, John Broadhurst.

As ever our thoughts are with Natalie’s family and friends. We hope in some way we can help support them and bring justice to her. Her life meant something to them, and to us, and her death is currently the script of her killer.

You can write to the Attorney General at to ask for a review into this unduly lenient sentence at uls.referrals@attorneygeneral.gov.uk.

A copy of our letter

I am writing as the CEO of a charity that supports victims and survivors of domestic abuse, sexual violence and stalking in the South East of England. I have worked in this sector for over two decades.

I was shocked and saddened to see the case details of Natalie Connolly emerge this week and the sentence that was passed down to her killer, John Broadhurst. Broadhurst received three years and eight months. I am shocked and confused that this case was changed halfway through the murder trial to being tried under manslaughter. Given the circumstances of the case, I am further disappointed and appalled at what appears to be an unduly lenient sentence handed to Broadhurst by Justice Julian Knowles.

It is noteworthy that this sentence was handed down on the same day as the publication of the third Femicide Census, which evidences the murders of women in the UK over 2017 and the sheer impact and brutality that male violence has on women in this country.

Natalie received 40 separate injuries to her body. Including internal trauma, a broken left orbital bone, facial injuries and a bottle inserted into her vagina which broke and severed an artery.

The case appears to be one where the Justice system asserts that Natalie “consented” to being murdered. Natalie has been forgotten and justice has been denied of her. For example, Justice Knowles comments in his sentencing remarks:

“24. I cannot be sure that Natalie was not capable in fact of consenting, notwithstanding her extreme intoxication, and I will proceed on the basis that she did indicate her consent to being beaten by you with a shoe and with your hand.

25. I also accept that some of the injuries Natalie suffered, including the bruising to her head and the blow out fracture to her left orbit – which were probably her most serious injuries – may have been caused accidentally as she stumbled around in a heavily intoxicated state and collided with objects or caught herself in the face with her watch. I do not hold you responsible for those.”

I am concerned that the law has not been applied correctly here with particular reference to capacity to consent under the Sexual Offences Act 2003:

“Whether a complainant had the capacity (i.e. the age and understanding) to make a choice about whether or not to take part in the sexual activity at the time in question.

Whether he or she was in a position to make that choice freely, and was not constrained in any way. Assuming that the complainant had both the freedom and capacity to consent, the crucial question is whether the complainant agrees to the activity by choice.

The question of capacity to consent is particularly relevant when a complainant is intoxicated by alcohol or affected by drugs….”

The statements by Justice Knowles appear to contradict themselves. How could Natalie be so intoxicated that in his view she was able to break her own bones from “stumbling around” yet in this intoxicated state she still, in his view, has the capacity to consent?

Broadhurst has shown no remorse in his treatment and killing of Natalie, he left her bleeding and dying at the bottom of the stairs, went to bed and slept. His words to the call handler when he did decide to call was that Natalie was “as dead as a doughnut”. The paramedics stated he showed no remorse for Natalie’s death.

Evidence was submitted to the jurors that Broadhurst was jealous and controlling and wanted to teach Natalie “a lesson” for chatting to other men. He certainly took control of Natalie’s life, he ended it. This is the ultimate control and the last use of power from a man who, in my view, saw Natalie as nothing more than his property to use, abuse, rape, mutilate and kill.

The only person’s voice that has been heard in this case is that of Broadhurst, a man whose behavior seems very typical of a predatory abuser in relationships. A man whose view of Natalie was so little he has written a script for his killing of her that blames her entirely and his script has been accepted by the justice system.

We, therefore, request a full in-depth review into the case of Natalie Connelly. Her death has affected many, not least her child, her siblings, her family, and her friends, but survivors everywhere. It is imperative that in honouring the life of Natalie, this case is reviewed and the right message is sent out to perpetrators of male violence against women. 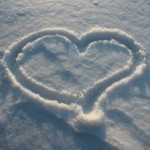