We have also ran other pilots across the wider Hampshire area in response to need and have previously run the service on the Isle of Wight.

The premise is simple and based on research[1] there is a ‘window of opportunity’ when people seek help, and if you offer support at that point, they are more likely to engage with support services and the criminal justice system. This crisis-response service, therefore, engages people quickly, improving their safety and reducing the likelihood of future incidents.

This is a partnership project where our staff work alongside the police and attend an incident of domestic abuse to offer independent support to victims and survivors. This is our second round of Big Lottery funding (2018-2021). Prior to this funding, we received three years Big Lottery funding (2015-2018) to deliver the service in the Eastern area only. The project was a success and the Community Fund (Big Lottery) awarded us a further three years funding to expand it across Hampshire. Before the Lottery-funded service we ran a series of pilot projects to ensure we achieved the correct delivery and the best times to run the service.

Through working in partnership with Hampshire Constabulary, Aurora is able to offer specialist, independent support at the time it is needed most, with the project set to support up to 4680 survivors over the next three years.

In 2018 we commissioned an independent report:

“The DVA Cars™ provides an important and innovative service to victims of domestic violence, abuse, stalking, and coercive control. It is a unique and robust approach that has a proven track record and longevity.”

“Aurora and their advocates provide a high level of expertise and knowledge in the areas of DVA, stalking, coercive control, and understanding risk within these complex areas of offending. This supports both victims of DVA and the policing of DVA. In doing so they able to increase the knowledge and understanding of the police that enhances best practice in policing DVA within Hampshire.”

From our 2014 independent report:

“100% of victims agreed to speak with the volunteers. In addition to this, 100% of victims agreed to take information about support services with 50% of these still being engaged with services over a month later. The fact that 50% of the victims had never engaged with services before evidenced the benefit of having an independent, trained specialist with the officer deploying to the address together.”

We actively seek to obtain feedback from victims and survivors as this is very important to us. Feedback ensures that the service is running in a way that best supports and enables the people we have contact with:

“Was really positive – been dealing with perp abuse for 10 years. First time someone independent came along. If that had happened at the start, would have been likely to take up support.”

“Made me think differently, more positive. Not as intimidating as the police, just listened to me. Gave the support I needed at the time. Didn’t feel that many people listened to me, was good to talk to someone on the outside.”

“Good. I was not expecting them to be there. I just phoned the police to report some abusive text messages and the police came and also bought PSO alarms and then aurora came. It was nice to people to listen to me after six years of this someone was finally listening to me.”

Partnership working is an essential part of the DVA Cars service and whilst the service and the advocates are independent, the service could not run with the support from Hampshire Constabulary.

Police feedback is overwhelmingly positive about the service and co-training for both the Aurora staff and the police has been a welcome addition to the partnership:

“Thank you for your support and the ongoing work of your team which is making a real difference, not only to our victims but also increasing the knowledge and skills of our teams.” (PS)

“They were able to outline future processes/support far better than I was able to which gave a better immediate care.” (PC)

“Police can be focused on evidence gathering and procedure, the advocate offers additional support and guidance. The uniform can be a barrier to some people.” (PC)

We asked our DVA car Advocates to tell us about some of their experiences:

Some details changed to ensure confidentiality.

I [advocate] came into work on Tuesday morning, and read an email from the R&P officers who attended an incident in the early hours of the morning. The victim (Susie) was 18, and her boyfriend had killed one of her rabbits in front of her, following an argument they’d had over a broken mobile phone. She had then telephoned her sister in Essex, who then called the police.

Susie had been in a relationship with Peter for 5 years, and during this time she had slowly become isolated from her friends and family. They regularly shoplifted to get food to eat. Within a year, she had lost so much weight, she had dropped from a dress size 16 to a size 6. They lived with his mother, who frequently soiled herself, and which Emma was then made to clear up. Both Peter and his mother had mental health and substance abuse problems.

Peter had been arrested and his mother was abroad on holiday, so we knew we had a small window of opportunity to visit Susie. Myself and police safeguarding went to visit Susie.

I phoned the National Refuge Helpline, to look at the availability of refuges in Essex – as this is where her sister lives.

A refuge space was found but unfortunately, Susie wasn’t ready to leave. The refuge kindly said they would call her again tomorrow.

Peter was bailed to not return to the address, and NPT were tasked to do urgent safeguarding follow up the next day.

The next day I telephoned Susie and confirmed that the local NPT had been to visit her. She was ready to leave! Susie’s biggest priorities were getting food for the surviving rabbit, and some clothes.

I popped into Asda to get some provisions for Susie and her rabbit, which I was able to take to her prior to her leaving. Susie was delighted. She appeared much more relaxed, and chatted easily to myself and the PCSO. She planned to visit social services for housing and benefits to get back on track. She really could see a way forward, and that she had a choice to live without fear from violence or abuse. (DVA Car™ Advocate)

“I attended a property with a police officer following a 999 call from a woman trapped in her bathroom, with her partner threatening and shouting outside the bathroom.

When we got there, the partner had left, and the victim (Jane) was in her lounge very upset.

I was with both a male and a female officer, and they had their body-worn cameras on the whole time.

Jane was quite open and honest about her relationship with the alleged perpetrator (AP), and had insight into how wrong his behaviour was, but did not feel strong enough to leave or change.

Jane has a teenage son, and had not previously been in any DVA relationship. She is in her mid-fifties. Jane had been in a relationship with the AP for 3 years.

She kept referring to him as “vile” and told us that she had begun drinking heavily to cope with his emotional abuse, shouting, intimidation, and the derogatory language he used in reference to her. Along with physical threats of violence, and constant phone calls, and messages. She had also lost her job, as he came into the shop where she worked and smashed up the whole shop. He also forced her to steal money out of the till.

Whilst we were with her, she received numerous voicemail messages and texts from him, which we all ignored as we were speaking to her. Her dog was relaxed and happy by her side.

We then asked to listen to these messages, and she played them. The dog instantly stood up and barked when he heard the AP’s voice through the phone. He kept barking and growling aggressively whilst we played a few of the messages.

The male officer had this all on his body-worn. He said “I have never seen a dog react like that”

The AP was arrested, and before knocking on his door, he was heard to be shouting and using foul language – and phone records show it was to her.

This went to court, and he was charged with assault by beating, criminal damage to property, and persistently making use of public communications to cause annoyance, inconvenience, or anxiety. Plus a restraining order valid until May 2020.

Feedback from a DVA Car™ advocate:

“I think the early engagement stuff is really important, that’s the most important part as well as, for the survivors, having someone there when they’re at their most vulnerable that isn’t the police. Because we’re completely, and I always say that, we’re independent from the police so we’re there as their voice and whatever they need or want that’s our role really, we don’t have an agenda, our agenda is them. So, I think it’s about, firstly, obviously that crisis response and early engagement but I think about having someone there for them that is independent that they sometimes feel freer to talk to because we’re not the police, and they feel safer to be able to disclose. And I think generally we do get more from people than the police will get from them”. (Advocate)

Shonagh Dillon, Chief Executive of Aurora New Dawn, says: “Our vision is to end discrimination against women through offering protection, safety and support. We know that two women are murdered by a current or former partner every week in England and Wales, and that on average a victim will have been abused around 35 times before they call the police. This service gives us a chance to reach out and offer face to face support at times when domestic abuse is most likely to occur, on Friday and Saturday nights. We are very excited about working in partnership with Hampshire Constabulary on this project and incredibly thankful to the Big Lottery Fund for this grant to enable us to support so many survivors.”

[1] Research findings on ‘the window of opportunity’ are numerous but include: Evaluation of Domestic Violence Matters; Dr. Liz Kelly et all 2011 and Home Office Research Study 290 Marianne Hester and Nicole Westmarland, University of Sunderland 2005.

Speak to your MP about ensuring that DVA Car services are funded in your area.
Click here to find your MP 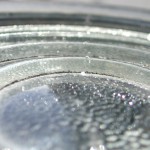 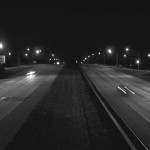